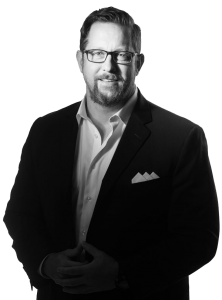 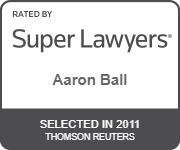 The oldest of four boys and the son of school teachers, Aaron grew up in coal country in the Appalachian mountains in one of the poorest counties in the United States. As a child, Aaron dreamed of serving his country in the military.  He later received a Congressional appointment and attended the United States Military Academy at West Point.  A few years later that dream was gone when injuries forced Aaron to leave West Point.  Aaron found an alternative career in the law, but he carried into his legal practice military notions of loyalty, dedication and a mission-oriented focus for his clients.

Aaron is the father of nine year old twins (a boy and a girl) and a new baby girl. When he isn’t working for his clients, Aaron attends his children’s Jiu Jitsu practices and volunteers at their schools, including his daughter’s Brownies troop. Aaron and his family love going to the Houston Zoo and Museum of Natural Science, fishing trips and visiting grandparents in Georgia.

“Giving back to our community is fundamental to who we are and it’s part of our core.”

Private Business Getting a new business off the ground, growing it or preparing it for others requires careful planning to ensure success. BW will guide you through the decisions that affect your business.

Trade Associations BW will guide your trade association through the day-to-day business, management and governance issues that minimize risk to the association and its members.

Private Business Owners BW will help you protect your lifetime of accomplishments with an up-to-date estate plan.

Click below to start a conversation about how BW can help you.